Mumbai Khadi association is one of the oldest directly aided Khadi institutions associated with KVIC. The revelations began to surface when, during the year 2017-18, as part of a regular physical verification of Khadi Bhawans of the association, the KVIC officials took several samples of the fabric. On testing of the samples, the samples were proved to be non-Khadi. The KVIC, taking serious note of this malpractice, issued a show-cause notice to the Mumbai Khadi association and warned against stern action. A complaint was also filed by a consumer against the same store, for selling non-Khadi products in the name of Khadi.

KVIC, by invoking the powers conferred under the provisions of Hypothecation Deed and also the KVIC Loan Rules, 1958, also froze all bank accounts of the association and sealed all 13 outlets operated by it on 11th November, 2019. A senior official of KVIC said “Such malpractices within KVIC system shall not be tolerated. This is a strong message for all the institutions engaged in any form of malpractice. Any irregularities in the system if found would be severely penalized”. 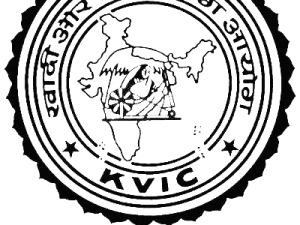