Addressing the people in Om Vihar, National Vice President Shri Dushyant Gautam said that 40 lakh honest people of unauthorized colonies were paying taxes to the Government but the Congress Party and now the ruling Aam Aadmi Party tried to mislead the people on this issue. Though the people of unauthorized colonies had lost their hopes and they were disappointed and frustrated but they reposed their faith in the top leadership of BJP and Prime Minister Shri Narender Modi. They made all the BJP candidates victorious in the Loksabha Elections and the now the Modi Government made a historic decision to confer ownership rights to all the people living in unauthorized colonies.

Addressing the people in Dariyaganj, BJP National Secretary and Delhi Co-Incharge Shri Tarun Chugh said that BJP has done what it had said. Our objective is to fulfill all the promises to the people with the help of good intentions, right development and transparency. BJP was committed to regularize the unauthorized colonies and we were working to connect these people with the mainstream of development and we are confident that the people of Delhi will certainly vote for BJP in the next Assembly Elections.

Addressing large number of people in Kishan Vihar, LOP Shri Vijender Gupta said that the lives of lakhs of people of unauthorized colonies have changed by the Pradhanmantri Uday Yojna. Under this scheme, they have been conferred the ownership rights of their houses to which they were entitled. Congress Party was responsible for this injustice which betrayed the people of Delhi for 15 years and now the Aam Aadmi Party is misleading them for the last five years. Within 100 days of assuming office, Prime Minister Shri Narender Modi made such a historic decision which finished all the fraud played upon the people of Delhi.

Pradesh Organization General Secretary Shri Siddharthan said that this decision is based on the motto Sabka Saath-Sabka Vikas, Sabka Vishwash. Modi Ji has made possible what looked impossible previously and proved Modi Hai to Mumkin Hai. People of unauthorized colonies of Delhi are thanking Prime Minister Shri Narender Modi and are ready to help in forming BJP Government in Delhi. 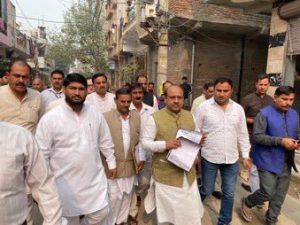 BJP and AAP didnt do anything to prevent pollution 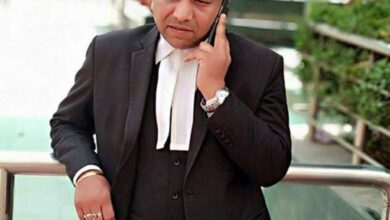 We will teach young lawyers art of cross examination and pleading : Deepak Sharma