New Delhi: Hundreds of Minority Morcha workers gathered at Vikas Minar, ITO, against the Kejriwal government for forcing the people of Delhi to drink contaminated water. Activists carrying placards in their hands shouted slogans against the Kejriwal government, saying the water in Delhi is contaminated, give clean water to the people, if you are not able to give then leave power. The demonstration was led by Mohammad Haroon, the President of the Minority Morcha. Leader of Opposition in Delhi Legislative Assembly Shri Vijender Gupta addressed the protesters. On this occasion Morcha In-charge Shri Atif Rashid, General Secretary Shri Bilal Mustafa Qureshi, Shri Khalid Qureshi, Shri Feroz Malik, Shri Amir Ahmed, Shri Nazir Hussain, Shri Shaheed Khan and State, District and Mandal Office bearers were present.

Addressing the protesters, Leader of Opposition in Delhi Legislative Assembly Shri Vijender Gupta said that the Kejriwal government has started new politics in the country regarding water. Chief Minister of Delhi is not able to give clean water to the public, but to get rid of his failures, he has many false accusations on the basis of which attempts are made to mislead the public. Water is the most important element of life, but today the people of Delhi are forced to drink contaminated water. The Chief Minister has only one department and that is the Delhi Jal Board but he has also completely failed to run it properly. The BJP has always struggled to become the voice of the people and even today, hundreds of workers of the Minority Morcha have gathered to speak out against Chief Minister Kejriwal’s anti-people policies and want to tell him either he should give clean water to the people of Delhi or resign.

Delhi BJP Minority Morcha President Mohammad Haroon said that Chief Minister Kejriwal has only lied to the people of Delhi in his tenure of 57 months, if he had worked for the public interest, then today the public would not have protested against him on the streets. The Chief Minister, who snatches the right of the people, has no right to continue in power. On the basis of morality, he should resign himself from his post. If he does not resign, the people of Delhi will show him the way out of power in the upcoming assembly elections. 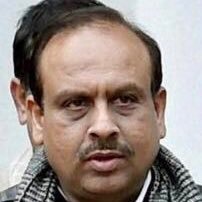