New Delhi:
The anti-CAB protests through the country got a boost today with over 60 organisations giving a nation-wide call for observing 19th December as the day to reject the Citizenship Amendment Act passed by the parliament. Coming together under a common banner, “Ham Bharat Ke Log: National Action Against Citizenship Amendment” these organisations plan more than 100 events across the country on the day of martyrdom of Ashfaqulla Khan and Ramprasad Bismil. Recalling their “saajhi virasat” (shared heritage) and “saajhi shahadat” (shared tradition of martyrdom), citizens will demand “saajhi nagrikta” (undivided citizenship) and take a pledge for non-cooperation with any registration (NRC or NPR) based on this discriminatory and divisive citizenship. These organisations include United Against Hate, Karwan-e-Mohabbat, Citizens for Peace and Justice, Krishak Mukti Sangram Samiti (KMSS), Joint Forum Against NRC (WB), National Alliance for Peoples Movements (NAPM), Peoples Union for Civil Liberties (PUCL), Gandhi Peace Foundation, Rashtra Seva Dal, Sarv Seva Sangh, All India Progressive Women’s Association and Swaraj Abhiyan.

In a statement the National Action Against Citizenship Amendment (NAACA) said that the discriminatory and divisive Citizenship (Amendment) Act, 2019 is an assault on our constitution and the inclusive, composite vision of India that guided our freedom struggle. The Republic of India is founded on the negation of the two-nation theory that viewed citizenship through the prism of religion. The recent Amendment to the Citizenship Act brings back the two-nation theory by introducing a distinction between Muslims and non-Muslims for purposes of granting exemption for citizenship by naturalisation. The proposal to extend National Register of Citizenship (NRC) to the entire country would institutionalise this divisive citizenship further. It would also be inordinately burdensome on the Indian people given the power of the document owned by just a privileged few. We must not forget the experience of the people of Assam. Put together, the NAA and the NRC can thus disfigure the nature of the Indian republic. Everyone who believes in the idea of India must stand now and be counted in opposition to this onslaught.

The passage of the Citizenship Amendment Act has led to spontaneous upsurge of citizens protests all over the country. In view of the need of to coordinate all such efforts, more than 60 organisations, movements and individuals have come together, for this purpose, under the banner of HAM BHARAT KE LOG: National Action Against Citizenship Amendment. These organisations cut across ideological and regional lines. These include the All India Progressive Women’s Association, Asom Nagrik Samaj, Bharatiya Muslim Mahila Andolan, Citizens for Peace and Justice, Dakshinayan, Gandhi Peace Foundation, Indian Peoples’ Theatre Association (IPTA), Karnataka Janshakti, Karwan-e-Mohabbat, Krishak Mukti Sangram Samiti (KMSS), Lokayat, Majdoor Kisan Shakti Sangathan (MKSS), National Alliance for Peoples Movements (NAPM), Peoples’ Union for Civil Liberties (PUCL), Rashtra Seva Dal, RDAM, Rihai Manch, RTE Forum, Saajhi Duniya, Sartak Nagrik Sangathan, Sarva Seva Sangh, Save the Constitution, Karnataka, Swaraj Abhiyan, United Against Hate, Youth for Swaraj (Full list of the organisations that have endorsed the campaign is appended below). Many more organisations are joining this initiative and the list will be constantly updated.

All these organisations have decided to observe 19th of December all over the country as a day of martyrdom of Ashfaqulla Khan, Ramprasad Bismil and Roshan Singh. This is also the day when in 1947 Mahatma Gandhi visited Ghaseda village in Mewat (now Haryana) to appeal to Meo Muslims not to leave for Pakistan. As many as 70,000 Muslims walked back from Pakistan border heading to Bapu’s promise on citizenship. Recalling their “saajhi virasat” (shared heritage) and “saajhi shahadat” (shared tradition of martyrdom), citizens all over the country will hold public events to reject Citizenship Amendment and to demand “saajhi nagrikta” (undivided citizenship). They would take a pledge for non-cooperation with any registration (NRC or NPR) based on this discriminatory and divisive citizenship.

Calling upon all citizens, organisations and movements to join hands on this historic occasion, NAACA has suggested that all the events should be open to any citizens who are opposed to the Citizenship Amendment, but should be held without any organisational banners. In the run up to the 19th, each organisation will organise meetings, publicity campaigns and media briefings. A list of all events, venue and timing etc will be released soon. 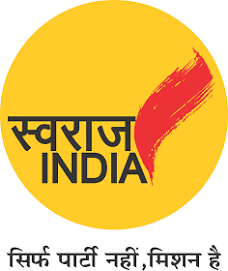 Congress is set to stage a comeback in Delhi: Chopra