Delhi, 22nd December 2020: Immediately after the hearing was concluded today by the Supreme Court on the batch of petitions challenging the Citizenship Amendment Act, Yogendra Yadav, President of newly formed political party Swaraj India commented: Routine hearing, another 4 weeks. No stay or even postponement of CAA. The SC is at best a reluctant warrior in the battle to defend letter, spirit and soul of the Constitution. We the people of India must continue the movement to save the Constitution that we gave to ourselves.

Swaraj India’s National General Secretary, Avik Saha, who appeared in the Supreme Court with Advocate Prashant Bhushan for one of the anti-CAA petitions filed by Harsh Mander and other said:

The Supreme Court has apparently slow-tracked the hearing on the CAA case for now. The key takeaways are:

1) The Supreme Court has refused to grant an interim stay on CAA or NRC or NPR and the Central Government has been given a free hand to forcefully implement those laws.

2) Supreme Court will consider hearing pleas related to Assam and Tripura separately, after Central Government files its reply after the given window of two weeks.

3) The Central Government will have to file replies on all other CAA-related pleas (except those about Assam and Tripura) within four weeks.

4) The Supreme Court has not referred the matter to a Constitution Bench as of now. However, it showed strong inclination to do that. A conclusive decision will be taken in the next hearing.

5) The Supreme Court has also asked the High Courts not to entertain any pleas on CAA until the apex court finish deciding this matter.

Jindals’ Mother’s Care to Nurture Children and help them Blossom 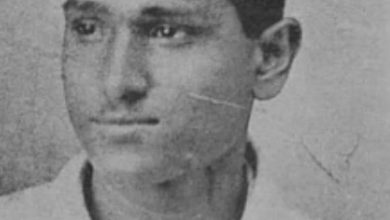