Delhi Pradesh Congress Committee president Shri Subhash Chopra, slamming the AamAadmi Party Government for the decision of the Lok Nayak Jai Prakash Narayan (LNJP) Hospital to shut down 4 out of its 18Operation Theates due to lack of essential and basicequipment, said that the AAP was in league with  private hospitals and that was the reason behind the move to close down the operation theatres of LNJP, so that patients could be referred to private hospitals for a financial cut for the AAP. “It is an open case of corruption”, Shri Chopra asserted, adding that it was an “organized loot”. He said that in 2018, 17 per cent of the Operation Theatres in Government Hospitals were non-functional.

Addressing a joint press conference with former Delhi Health Minister Dr A.K.Walia, former Delhi Minister Dr Narendra Nath and chairman of the Campaign Committee Shri Kirti Azad at the DPCC office, Rajiv Bhawan, here today, Shri Subhash Chopra nailed the AAP Government’s boast of establishing Mohalla Clinics, as these clinics only provide first-aid kind of treatment and major cases are referred to big Government Hospitals, where proper facilities are not being provided. He said that with the functioning of the Government hospitals in a disarray, like in the case of LNJP, where according to the latest news, four more operation theatres are set to be closed from 1st December, 2019,the private hospitals will be the beneficiaries.

Former Delhi Health Minister Dr A.K.Walia said that medical services in Government Hospitals were collapsing due to lack of facilities. He said that on an average 16 to 18 surgeries are conducted daily in a major operation theatre, and the present waiting time for surgeries in LNJP hospital is 30 days, which will get further stretched if four operation theatres of the hospital are closed, and the patients would be referred to private hospitals for surgeries. Dr Walia said that the Delhi Government runs a free surgery scheme that gives patients the autonomy to be referred to empaneled private hospitals or nurseing homes for identified Delhi Government hospitals for surgeries in case the latter cannot provide the treatment within 30 days. 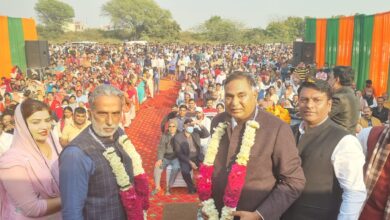