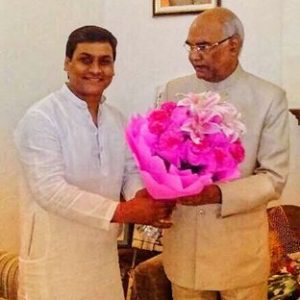 New Delhi : BJP’s South Delhi leader Suraj Chauhan has made his own identity with his fruitless efforts done for the society. He is a well known name in politics. Newswallet team met him and discussed about his political career:

For how long you have been in politics?
I am in active politics since 2008.Before that I was in RSS. I have been raising demands of the common people for a long time.

Who is your ideal?
I am inspired by the amazing working style of our Prime Minister Narender Modi. The leadership of our party president Amit Shah is also inspiring million of party workers including me.

According to you what is politics ?
Social work. If you want to do something for the poor and needy, politics is the best mode. But a few corrupt politicians are polluting it.

Do you think BJP will win next Delhi assembly election?
Yes. We will form the government with full majority. AAP has done nothing for the Delhi and it’s people. Congress is already on ventilator. Only BJP is the hope of common people. Kejriwal has been exposed by us many times and people are trusting BJP.

Will you contest?
If my party will wish. Last decision is of party.

Any message for the society ?
Choose your leader wisely and work honestly. 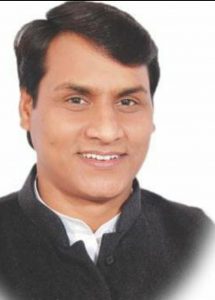